BEST PLACES TO STAY IN LOMBOK

The southern regions of Lombok are becoming increasingly popular with international visitors, and the southern coastline’s surf beaches (particularly Kuta) are attracting more adventurous international surfers as well as a growing number of locals.

As for the northern part, there are not many interesting places to stay since it is dominated by the 3,726 m Mount Rinjani, an active stratovolcano. It is also the second highest volcano in Indonesia, just after Mount Kerinci on Sumatra. As in the Central and Eastern areas, where there are few tourist-friendly eateries and hotels. This region is not a popular place to stay due to its varied geography and land use, which ranges from urban settlements to isolated valleys, bays, and beaches. 7 Best Places To Stay in Lombok

01 Tanjung – Best Place To Stay in Lombok for Families

Tanjung is a growing tourist attraction on Lombok’s mainland. Because it is the administrative centre of the new North Lombok Regency, the township has a burgeoning regional administrative sector, complete with offices and support services. There are currently a few resort style hotels in the area, including The Oberoi Lombok at Medana Beach, Lombok’s most prominent resort.

The town is conveniently positioned for day trips to a hard hike up Mount Rinjani and the Gilli Islands, which is why the majority of tourists choose to stay here. It is a major transportation hub from which much of Lombok may be easily accessed.

Where To Stay in Tanjung, Lombok

Gili Islands are a small series of islands off the northwest coast of Lombok, Indonesia, in the Bali Sea. Three little sand islets make up the island (Gili Air , Gili Meno and Gili Trawangan). This archipelago is a popular tourist destination, and the attractions on the three small islands will be detailed on a separate page titled “Best Things To Do in Lombok.”

These islands are fairly laid-back and relaxed. Each island has a few small resorts, but demand often outstrips availability, particularly during peak season, thus rates are significantly higher than on Bali or Lombok. It’s wise to reserve ahead of time online because the best places to stay on these islands are often fully booked.

This is the second largest of the Gili Islands and the closest to Lombok, having an area of around 173 hectares. With its laid-back attitude, Gili Air is attracting an increasing number of social backpackers who love to dive, meet new people, or simply relax.

The majority of the hotels and other tourism amenities are located on the south and east coasts, facing Lombok. The boat dock is located in the heart of the south shore. There are various homestay-type accommodation alternatives in the village’s inner area for people looking for really low-cost lodging. In the off-season, you can often get a better deal.

Where To Stay in Gili Air, Lombok

All Hotels in Gili Air

This is the smallest and quietest of the three Gili islands, sandwiched between the other two. Because there are less visitors, you will feel as if you are vacationing on a private island once you arrive. This is because, in comparison to Gili Trawangan and Gili Air, Gili Meno is frequently overlooked by tourists. Despite the fact that the beauty of this island outshone that of the two nearby islands.

Gili Meno, like the other two, is surrounded by beautiful white sand beaches. Many honeymooners are drawn to this calm secluded beach because of the crystal clear water and scenic view.

Although it is quieter, it is slightly more expensive in terms of accommodations and meals than Gili Trawangan and Gili Air. Gili Meno offers a variety of lodging options, from modest beach huts to villas and a new premium boutique resort. You should be able to locate something that meets all of your needs. Where To Stay in Gili Meno, Lombok

All Hotels in Gili Meno

This is the largest, most developed, and most frequented of Lombok’s Gili Islands, with a total size of around 15 km². Apart from the beautiful beaches, Gili Trawangan is also the hub of a growing diving sector.

Gili Trawangan has had a tremendous development boom in the last decade, with the opening of a slew of upmarket resorts, hotels, restaurants, and entertainment venues. The eastern half of the island has the majority of the accommodations and other facilities, whereas the west side is always more tranquil. Where To Stay in Gili Trawangan, Lombok

All Hotels in Gili Trawangan

03 Senggigi – Best Place To Stay in Lombok for Water Sports

The Senggigi region is one of Lombok’s oldest and most popular tourist destinations, with both local and foreign visitors. The town of Senggigi runs for over 10 kilometres along the shore. This road continues north to Bangsal, which is the Gili Islands’ main harbour. If you enjoy surfing, canoeing, and other water sports, Senggigi is unquestionably the best place to stay in Lombok.

The majority of the well-known hotels are concentrated in two townships: Mangsit (north of Senggigi Town) and Batu Bolong (south of Senggigi Town). Mangsit has less tourist attractions, such as shopping and nightlife, however the Batu Bolong seaside road has a big number of nightclubs, cafes, and restaurants.

Where To Stay in Senggigi, Lombok

04 Mataram – Best Place To Stay in Lombok for Budget Hotels

Mataram (capital of West Nusa Tenggara province) is the administrative centre the largest city on Lombok island. This is a commercial area, and for most beachgoers and partygoers, it is not the best place to stay in Lombok. On the other hand, it is an excellent location for getting about Lombok Island because it is a transit centre.

Since Mataram is not the first choice for most visitors, lodging in the city is generally less expensive than in other tourist hotspots on the island. There are a variety of hotels available, ranging from budget hotels to star hotels, with the majority of them being relatively cost-effective. Where To Stay in Mataram, Lombok

05 Kuta – Best Place To Stay in South Lombok for Surfers

Kuta Lombok is not to be confused with Kuta Bali. This is a coastal town on the south coast of the island of Lombok that has grown in popularity in recent years. It is recognized for its many magnificent beaches, which are surrounded by cliffs and mountains that stretch out to the sea, creating jagged and breathtaking vistas and views. Kuta is also a prominent surf site in the area, and it has grown into Lombok’s primary tourist destination.

This surfing paradise offers a wide choice of lodging options, ranging from affordable and slightly scruffy homestays to the hotels with star ratings. In the off-season, you can haggle for lower rates, but in the high season, you’ll be grateful to get a room at any price. Where To Stay in Kuta, Lombok

06 Tetebatu – Best Place To Stay in Lombok for Nature Lovers

Tetebatu is a tranquil traditional town located about 2 kilometres from Mount Rinjani National Park’s southern slopes. This is not a popular area to stay in Lombok for beach lovers or partygoers; instead, it caters to individuals who value natural landscape and a relaxing ambiance.

There are numerous hidden waterfalls and rice fields, and the natural environment and pleasant spirit of the villagers may surprise you. Tetebatu’s cultural attractions are possibly its most well-known feature. Traditional Sasak handicraft workers may be found in all of the communities in this area, producing black terracotta and basketry, among other things. Where To Stay in Tetebatu, Lombok

07 Senaru – Best Place To Stay in Lombok for Mountain Hikers

Senaru is perfectly situated near Mount Rinjani’s base. This is without a doubt the best place to stay in Lombok if you enjoy trekking. Aside from Mount Rinjani itself, some well-known waterfalls with fresh air and picturesque views are the main attractions in the area.

In and around Senaru, there are a few restaurants and cafes attached to the lodges and small hotels. The majority of the bungalows and homestays have spectacular views of the rice fields, and you can stroll to almost every location in the village. Where To Stay in Senaru, Lombok

All Hotels in Lombok

Best Things To Do in Lombok Book From Your Favorite 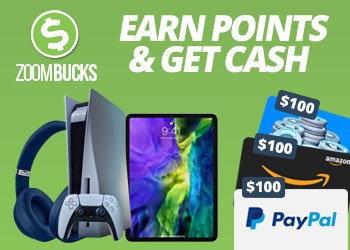 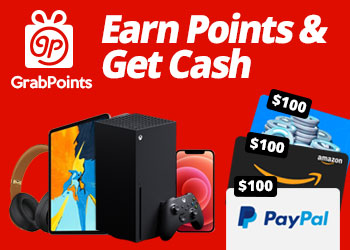 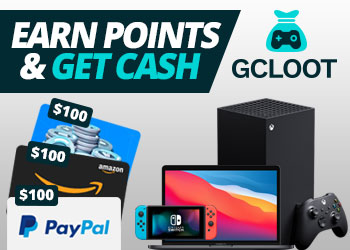 Only Eligible in Australia 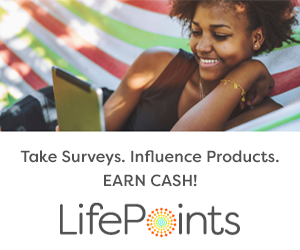 Best Places To Stay in Batam

Best Places To Stay in Bali Best Places To Stay in Singapore

Best Places To Stay in Phuket